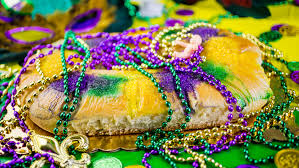 What Is Fat Tuesday?

Important Facts to Know about This Holiday!

“Sin, Repent, Repeat:” that is the saying on a featured online item to celebrate the Mardi Gras festival, a common tradition in recognition of Fat Tuesday. The sentiment shared in the item is conveying that Mardi Gras/Fat Tuesday is a time to sin, then repent for Ash Wednesday, and then follow it up with repeating the whole process again the next year.

So, what is Fat Tuesday? Why is it such a celebration to so many people, especially those that are found at church the next day receiving the ash on their foreheads or beginning the 40-day fast associated with the period of Lent and the Easter season? Many may not know what Fat Tuesday is, but several know what Mardi Gras is, which is the French term meaning “Fat Tuesday.” It marks the time between the ending of the Three Kings Day (January) and Ash Wednesday (46 days before Easter).

How Did the Name Fat Tuesday Come About?

The origins of Fat Tuesday/Mardi Gras first began thousands of years ago as part of uninhibited pagan festivals for fertility and spring, filled with indulgences in everything. Rome’s embrace of Christianity meant the interest of incorporating Fat Tuesday into Christianity becoming a goal; thus, Fat Tuesday and all its unrestricted immorality were welcomed as part of preparing for Ash Wednesday and fasting for Lent. The event quickly spread through Europe like wildfire, and then began its journey over to the Americas. Mardi Gras arrived in the United States as a small festival marking French explorers Sieur de Bienville and Pierre Le Moyne d’lberville’s landing on what is now New Orleans, Louisiana on March 3, 1699.

What Happens on Fat Tuesday?

Tradition has it that those who were preparing for Lent and fasting were to take all the food and drink from their homes that didn’t coincide with whatever they would eat while fasting to the Lord. Typically, it was foods saturated with fat (dairy, lard), meat, and sugar to be replaced with fish and non-fat/meat/sugar food alternatives.

What foods are traditionally eaten on Fat Tuesday are various but still cater to the belief of eating those without fat/meat/sugar. England prepares pancakes for the holiday (even calling it Pancake Day), Poland declares it Paczki Day and consumes jelly-filled donuts, and the United States rounds it out with fried Po’Boys, several types of meat, and lots of fried food.