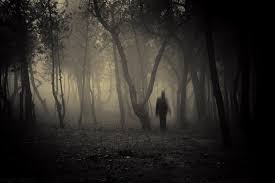 Wekiva Island may not seem haunted on a sunny, summery Florida day but legend has it that a former owner of the property has been hanging around for years. The Dowd family purchased Wekiva Marina Restaurant from former Orange County Commissioner Cliff Freeman in 1990 after it had once been a fish camp and was rumored to have been a brothel. The head of the household, Mr Dowd was rumored to have died on the property but continues to make his presence known, appearing as a shadowy figure in the doorways during opening and closing. Employees report other strange happenings while working alone – bottles falling off wall displays, lights flickering, and unexplained noises coming from seemingly unoccupied parts of the building. Prior to the fire that destroyed the original structure, employees said that the ghost was especially active and could be heard stomping up and down the ramps around the island. Perhaps that was him trying to warn them about impending events? Thankfully, the ghost has been described by all who have come into contact as friendly, with staff viewing his presence as more entertaining than threatening.