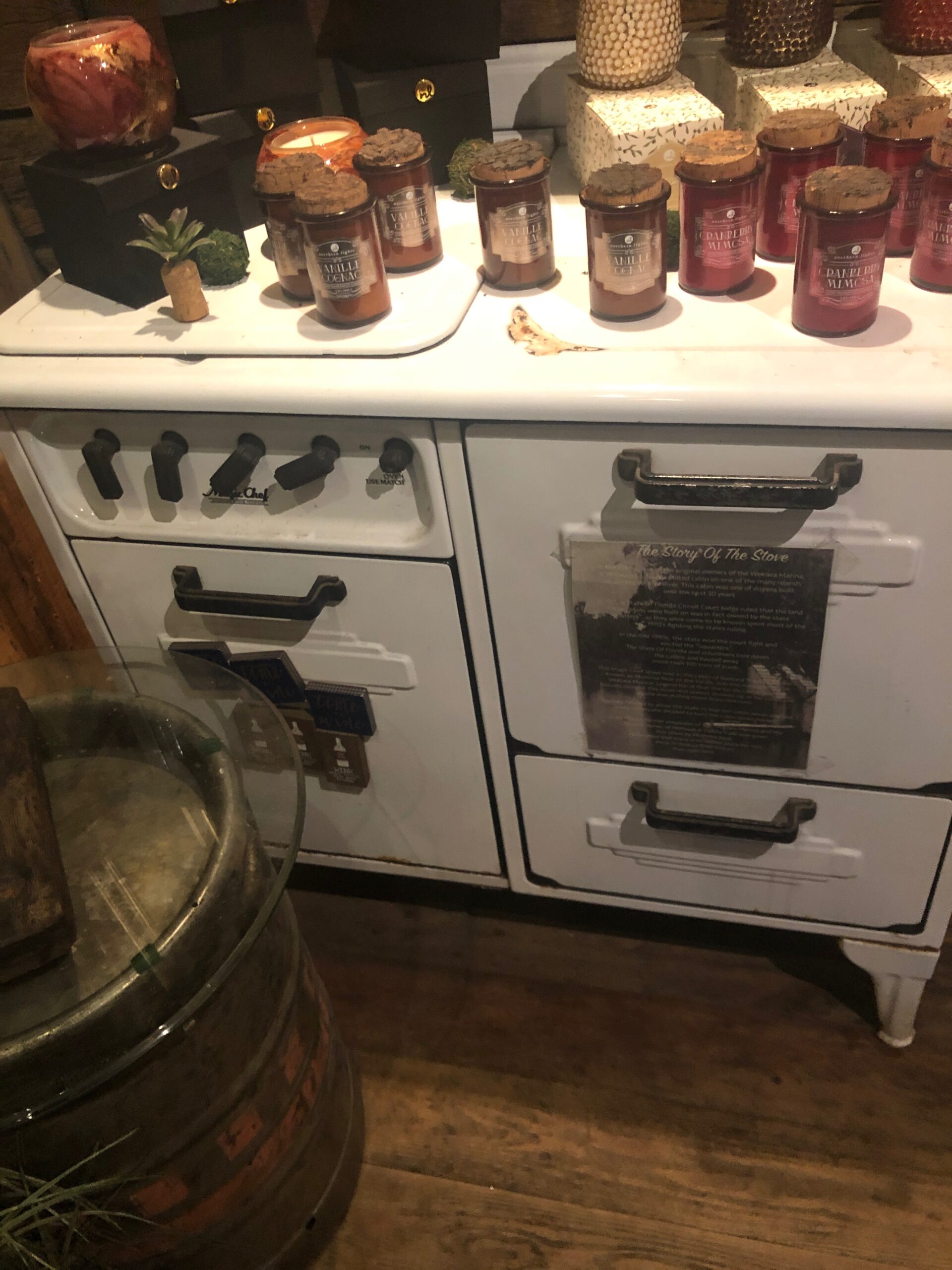 The Story Of The Stove

Have you seen the stove in the corner of The Tooting Otter?

In the 1940’s, one of the original owners of the Wekiwa Marina, Cliff Freeman, built a stilted cabin on one of the many islands down the Wekiva River. This cabin was one of dozens built over the next 30 years In 1975, a State Of Florida Circuit Court Judge ruled that the land these cabins were built on was in fact owned by the state. The “squatters”, as they were come to be known spent most of the 1970’s fighting the states ruling. In the mid 1980s, the state won the court fight and evicted the “squatters”. The State Of Florida and volunteers tore down the cabins and hauled away more than 100 tons of trash. This Magic Chef stove was in the cabin of Barbara Stanley, Barbara, known as Momma Bear to the locals, was the manager of the Wekiwa Marina. Legend has it that the locals could hear her biscuits rising in this stove and always showed up at her cabin just as she was pulling them from this oven. Barbara refused to allow the state to tear her cabin down and like many others she decided to burn her cabin down herself. Gary Mulini, former employee of the Wekiwa Marina and the current owner of Without A Paddle Cafe was given this stove by Momma Bear. He decided that there is no better place for this piece of Wekiva River history than right here.